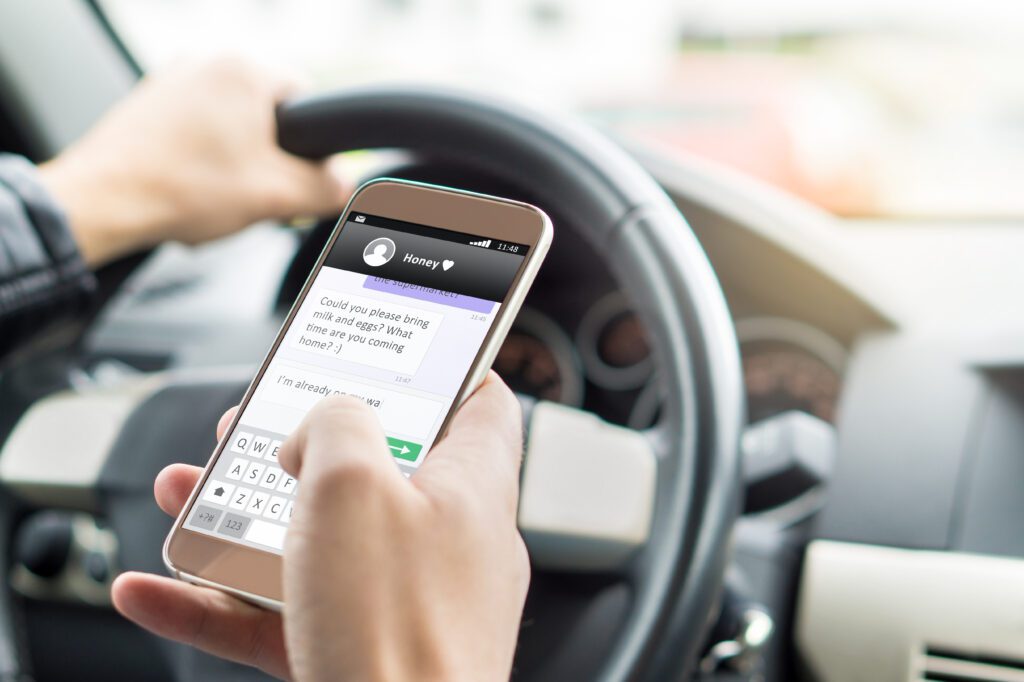 Distracted Driving – A Growing and Dangerous Trend in North America

There are many studies and statistics on this topic.  Distracted driving has been around for years. Early distractions included eating or drinking while driving, adjusting climate or entertainment systems, applying make-up or checking your appearance in internal mirrors and the most obvious situation is with distractions created by interaction with other passengers in the vehicle.

The modern connected world introduced a new and potentially more dangerous distraction. The evolution of the personal communication device, from voice to multi-medium communication device is the major focus as of late.  Even when the device is not used in the vehicle it can centre one’s attention to a point where you are unaware of the environment around you, for some people.

There are three main types of distraction:

How big is the problem?

Talking on a cell phone while driving

Texting or emailing while driving

What are the risk factors?

Take Steps to Be Safe

There are several things you can do to keep yourself and others safe on the road:

Steps for all drivers:

Steps for parents of teen drivers:

This month in Ontario, distracted driving fines will jump to $280.00!

As of March 18, driving with the display screen of a phone, computer, MP3 player or tablet computer visible to the driver will jump to $280 from $155. The total includes a $25 victim surcharge and $5 court costs. The fines will not apply to GPS screens.

A ticket for distracted driving in Ontario does not come with demerit points, although drivers could also face a dangerous driving charge, which includes six demerit points. Other forms of distracted driving can result in a charge of Careless Driving with fines ranging from $400 to $2,000, a possible licence suspension of up to two years and/or a jail term of not more than six months.